Washington D.C.
The United States of America (commonly called the United States, the U.S., the U.S.A., and America) is a Federal Constitutional Republic in North America.

The military of the United States of America is composed of highly trained men and women utilizing advanced technology. The USA employs several robotic units and various technologies in an attempt to avoid unnecessary loss of life. This does come at a price however, as American units are often more costly than their counterparts of other armies. What sets the US forces apart is their flexibility and durability in battle. Together, these traits make the US military a force to be reckoned with.

The United States of America had long been considered the leading superpower in the modern world, following the Cold War. Its military might would become unprecedented; defense spending equaling that of the next seven countries combined for years to follow. Toppling a dictatorship in Iraq following two bloody wars and rooting out world-class terrorists, it seemed the U.S. had taken up position as a 'world police'.

The United States would face its greatest enemy since the Nazis of World War II with the Global Liberation Army. In 2019, the People's Republic of China engaged this group as it grew in strength throughout Asia and the Middle East; the beginning of a Global War on Terror. Soon the U.S. would once again join conflicts in the regions; by 2021 troops would be deployed to Kazakhstan under the U.N. Such would go on to be the final crack to the United States' foundation however.

In 2027, the U.S. would bite the bullet when the GLA hoisted them by their own petard. Taking control the Crete-based Particle Cannon Uplink, the hijackers deployed the weapon against the USS Ronald Raegan, stationed in the Aegean. This disastrous loss was just the beginning, as the Iranian civil war resulted in hundreds of thousands of casualties for U.S. forces. A GLA sleeper cell would even infiltrate a Californian chemicals laboratory and steal hundreds of barrels of biological weapons.

Heavy losses, an attack on American soil, and extreme debt with millions of citizens at home unemployed and homeless, would see hundreds of thousands take to the streets in protest to demand their government do something about the dreadful economy. The war with the GLA would see the U.S. having spent billions of dollars on advanced weapons projects such as the F/B-40 Aurora, many of which would be rushed into service and prove deficient or inadequate for what was demanded of them. Its populace would demand someone be held accountable for such wastefulness.

Without the backing of its people, the U.S. could fight no longer. President Howard Paulson's would declare 'zero hour' in the summer of 2027; every overseas U.S. service member would return home.

After the war, the U.S. economy would remain in shambles and the country was forced into isolation. While the GLA was eventually defeated by China, the situation was anything but pretty. Burning through three ineffective administrations in five years, one of which was ended with an assassination by a former U.S. Marine, it was not until Kevin O'Connor was elected in 2032 that the country would effectively institute change. Cooperation with Canada and Mexico through the creation of the North American Union, heavy budget cuts to the Armed Forces (that only the Air Force would manage to effectively navigate vastly unscathed thanks to political maneuvering of General Eugene Griffon), and the complete reorganization of the decadent education and healthcare services managed to stabilize the American economy.

2037 would see the three year old European Continental Alliance invade GLA-controlled North Africa under Operation 'Nemesis'. The US, seeking a return to the world stage, procured several profitable business deals and defense contracts with African nations in southern and western Africa. This would help secure a prominent position in global politics for the nation and thus begin its return to superpower status.

In 2040, the United States obtained word of an alleged Russian nuclear missile silo near Kurmuk, South Sudan. President Donovan Giordano contacted Beijing and both agreed that Russia was overstepping their bounds. They created the Pacific Peace Alliance, and joined forces in Operation 'Double Tap', commanded by General Jeremiah Bradley. The Battle of Kurmuk ended in disaster, as the nuclear silo turned out to be an experimental super-large artillery cannon that absolutely decimated the Chinese force leaving the smaller US force to fight alone. However, Russian President Suvorov would not declare war, but the battle would sour relations between the U.S. and Russia for a long time.

A European Solaris satellite crashed in Alaska in 2043. A brief shootout occurred between the Alaskan National Guard, Russian Spetsnaz and French paratroopers, straining relations between the three superpowers further. In 2045, Russia formally declared war on the European Continental Alliance. The United States would observe the war closely with their special forces under the command of General Francis Thorn on the ground. It was the European nuclear attacks on their own soil that saw President Bradford, a hawkish, anti-Russian president holding office, declare war on Russia and assist the Europeans.

Now, a joint-ECA/U.S. force is driving the Russian Army back to their own country's borders; only time will tell if this situation escalates into all-out nuclear war or not. If it does the United States will take next to no damage due to the missile defence shield that had been in place since the early 2020s. 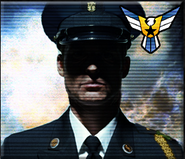 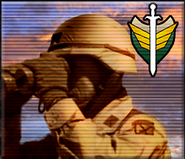 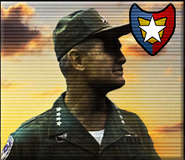 Retrieved from "https://generalsrotr.fandom.com/wiki/United_States_of_America?oldid=36488"
Community content is available under CC-BY-SA unless otherwise noted.