The People's Republic of China (Chinese: 中华人民共和国, Zhōnghuá Rénmín Gònghéguó), more commonly known as the PRC or simply as China (Chinese: 中国, Zhōngguó), is a country located in East Asia. The faction has been playable since the first version of Rise of the Reds was released, and focuses on large numbers, heavy firepower and nasty special weapons to seize victory.

The Middle Kingdom, the People's Republic of China, has been one of the leading and most influential powers in Asia, and later the world, as her history goes back millennia through many dynasties, wars and world-changing events. In 1949, the Chinese Civil War ended with the Communist Mao Zedong victorious, and it created the modern incarnation of China; the People's Republic of China.

As the global economy started to dwindle, China began to pop up among the troubled nations. Abandoning its Communist heritage and focusing on a semi-socialist/semi-capitalist society, China managed to become one of the richest countries in the world, which was necessary in order to balance its ever-growing population. Soon however, trouble would reach the People's Republic as well.

In the late 2010s, with war on the Korean peninsula rekindled and terrorists running rampant in Central Asia, the wealthy Asian real estate bubble began to falter. Eventually it cracked, sparking a brief economic crisis in China. During the chaos, hawkish Party members ordered the PLA to invade and conquer the island of Taiwan, which they managed in less than a week, thanks to the genius tactics of General Shin Fai. Because of this the hardliners were arrested by more moderate Party ministers, lead by one Zhao Wei, who quickly proclaimed the birth of a new nation.

The new People's Republic of China, although still authoritarian, was heavily liberalized. There were moderate amounts of free press, people could vote on who they would want in the Party, and the old one-child policy was quickly abandoned. This was called the Modern Way program, and would be China's final revolution. But alas, for it was not that simple. Just one year later in 2019, during the Country's 70th anniversary, a terrorist, later identified as part of the Global Liberation Army, penetrated the security perimeter and detonated a nuclear warhead in the middle of a military parade in the heart of Beijing. The central district was obliterated, as were the majority of the government and Chairman Zhao Wei.

The military leaders scrambled. Under the authority of General Leiong Leang, the People's Liberation Army engaged the GLA's terror cells across China and Asia. It was the Global War on Terror. Battles raged in Hong Kong, at the Three Gorges Dam, in the Tanggula Mountains and more, but eventually the GLA was driven away thanks to the overwhelming numbers of the newly formed Red Guard auxiliary divisions. The battle continued, with assistance from the United States of America, into the Middle East and Kazakhstan. The PLA suffered hundreds of thousands of casualties, but they remained resolute. Later in the war, a Chinese commander named Ismail Khan defected and joined the GLA, which triggered a brief leadership purge in the PLA. The Chinese liberally used nuclear weapons, as according to them the GLA had broken the 'no-first-use' policy when they bombed Beijing.

Soon the war saw its way into Europe in 2028. The European leaders turned to the People's Republic for help after the United States retreated, and they agreed. Generals Shin Fai, Tsing Shi Tao and Ta Hun Kwai entered the GLA-ravaged Germany and pacified the GLA one by one from Bavaria to Hamburg. Eventually the last remnants of the GLA in Germany converged in Hamburg, where their most fanatical followers commanded by one Rodall Juhziz stayed behind to detonate a dirty nuke, which killed General Fai. But, the enemy was defeated and Europe was saved - but just barely.

China helped rebuild the European infrastructure with the Eurasian Unity League. Billions of renbinmi (Chinese currency) were spent, which soon saw Europe back on their feet, but they kicked China out when they created the European Continental Alliance. China did not antagonize, however, and instead opted to turn to their South-East Asian neighbors, and forced the creation of the Greater Asian People's Alliance in 2032. Mongolia was also peacefully absorbed into the People's Republic two years later. China quickly became the world's leading superpower, as its economy, infrastructure, technological development and military might was unparalleled.

But, that would not last. A revitalized Russian Federation to the north began making strides in the right direction, and after ECA initiated Operation 'Nemesis' the African Resource Rush was sparked in 2037. While the ECA settled in the north and the US in the south, China invaded the Horn of Africa, driving out remnants of the GLA and securing Somalia, Ethiopia, Eritrea, Djibouti, Sudan and Egypt. Through some business deals with the ECA even managed to strike a partnership with Nigeria on the other side of Africa.

In 2040, a North Sudanese Army recon team spotted a Russian nuclear facility on the border with China's allies. Beijing was worried and contacted Washington D.C. for help, creating the Pacific Peace Alliance. A brief attack on the facility was mounted, but failed spectacularly, resulting in a bitter cold war between Russia and China that lasts to this day. However, Russia focused on Europe, whose antagonistic actions exploded into all-out war in 2045. China refused to enter the war, but its army remains vigilant on the border as tensions are high enough to break the peace between China and Russia at any time. 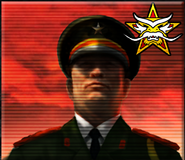 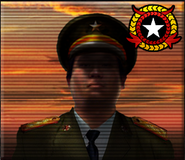 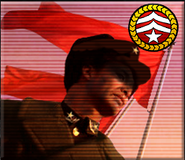